A pop-up cocktail experience called “The Alice” will usher Las Vegas down the rabbit hole from Sept. 28 through Nov. 27, according to the website of organizer Hidden Media Network. The location is marked “secret” for now, because of course it is.

Based on the classic children’s novel by Lewis Carroll,  “The Alice” is described by Hidden’s website as a 90-minute “tea party to end all tea parties” designed to transport guests into an alternate reality of talking animals and magic mushrooms. 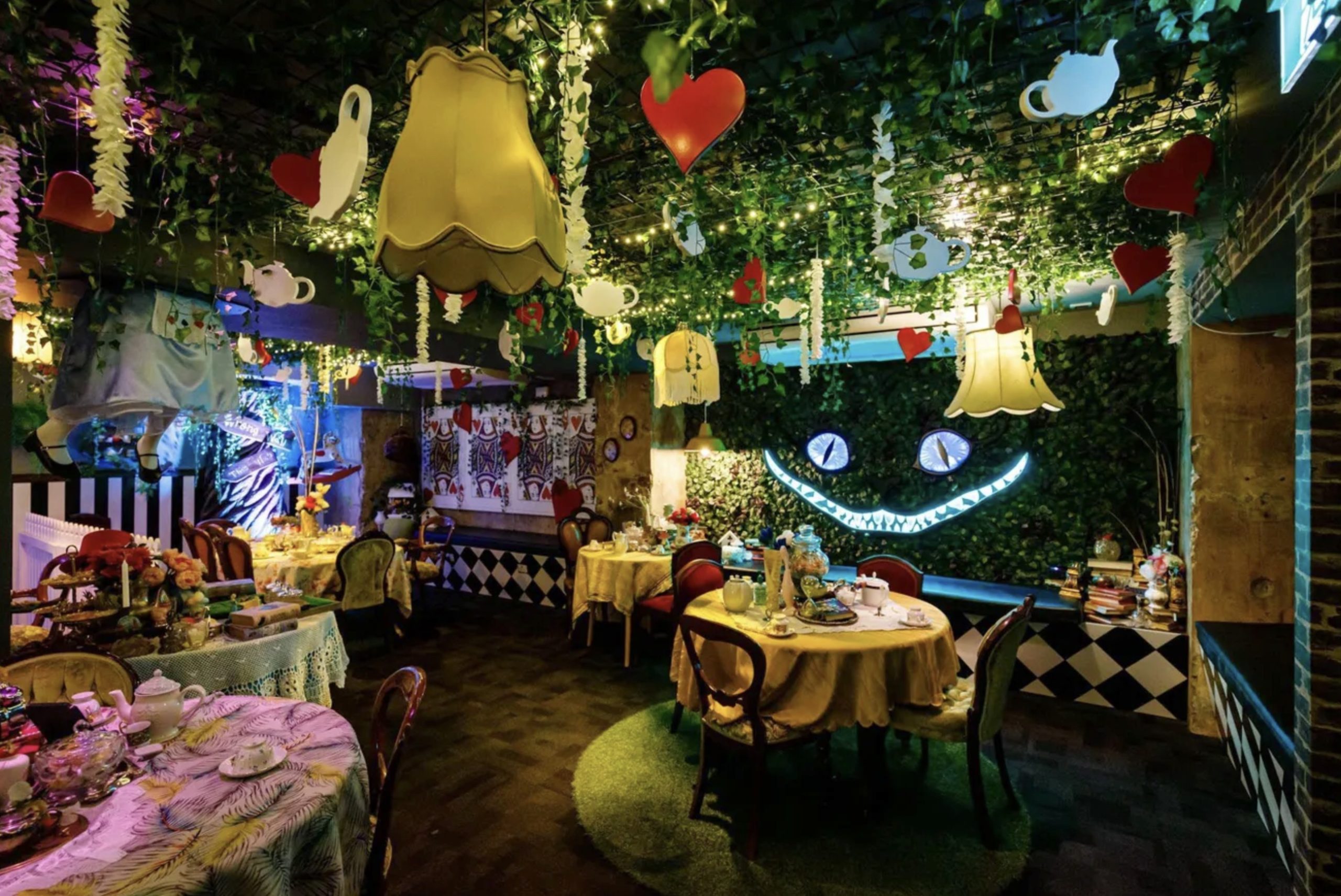 Activities inside its giant tent, according to the website, will include creating and sampling two bespoke Wonderland cocktails under the watchful eye of The Mad Hatter, solving riddles and challenges “just like Alice,” painting roses red, snacking on “eat me” cookies “and much, much more.”

Hidden Media, which describes itself as “a marketplace for all the most exciting live and virtual experiences in your city,” is based in Australia, where it has established three permanent homes for “The Alice”: in Sydney, Melbourne and Brisbane. In America, “The Alice” has previously visited Los Angeles, San Francisco, Boston, Charlotte, Minneapolis, Cincinnati, Milwaukee, Pittsburgh, Seattle and Vancouver.

Not Everything Is As It Seems

Hidden’s website boasts rave reviews from visitors Holly C. and Lauren W., whose review claims: “such a fun time, the staff were hilarious and never broke character. The cocktails were delicious and the games were great.”

However, a September 2021 article in Pittsburgh City Paper noted that “The Alice” generated several complaints during its residency there. Some former guests claimed that events did not follow COVID-19 safety protocols, cramming 25 mask-less people in quarters too close to socially distance. Other complained that the show left ticketholders without a location until a day before the event.

So-called immersive alternate reality experiences have played well in Las Vegas since the massive entertainment zone Area 15 opened near the Las Vegas Strip in September 2020. Inside what appears to be a ordinary warehouse, trippy universes reveal themselves as users wander through Area 15’s Wink World, Museum Fiasco, and Lost Spirits, a dreamlike amusement park distillery described by Wired magazine as “Disneyland for liquor.”

Area 15’s main attraction, though, is the experience created New Mexico-based artist collective Meow Wolf. Omega Mart ushers guests through what appears to be a supermarket. Then, through the door of a beverage cooler, they pass through to multiple warped Narnia-esque situations as a zipline encircles overhead.

Tickets for “The Alice” are $47 through explorehidden.com. An all-ages, alcohol-free daytime version of the experience will be offered throughout its run.

The short URL of the present article is: https://pokerone.info/X4fuN