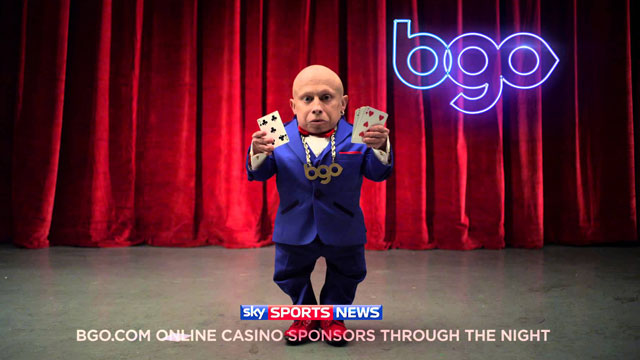 The British BGO online casino is selling its UK casino database. The move comes after the operator gave up its UK license last month.

Not even Paris Hilton or Verne Troyer, both one-time BGO ambassadors, could save BGO. The company is exiting after having been active in the UK market for nine years.

A representative from BGO told iGaming Business it made “little sense” to continue operating in a regulated market with fines that are inconsistent and not weighed against the size of the operation.

It is with regret that BGO surrendered its licence after nine successful years, but it was the right decision to protect the players, staff and affiliate partners from a potential default,” BGO indicated.

Players outside of the UK can still access the BGO.com domain and individuals in Great Britain will continue to have access to banking facilities, but not the operator’s games. According to the report, the BGO domain will also be available for sale.

During BGO’s time in the UK, the company sometimes found itself on the receiving end of massive fines.

The operator was once again under attack by gaming regulators last month.

The latest battle found the company accused of violating consumer protection regulations, which led the UK Gambling Commission (UKGC) to suspend its license. That resulted in BGO deciding to throw in the towel and give up on the UK market.

Available for purchase, should an operator decide to take over, is a customer list that reportedly has 430,000 active accounts across BGO’s operating brands. The company is said to have earned around £300 million ($399.7 million) during its almost decade-long run, enjoying excellent reviews from its users along the way.

The UK has one of the more robust responsible gambling frameworks possible.

Some gambling operators have become frustrated with the UK regime. This frustration is heightened when even the regulators start to come under fire over their actions. The UKGC announced in 2017 a three-year plan to “make gambling safer and fairer” and, this past April, announced a new three-year plan to, once again, improve oversight.

While it’s implementing its plans, which don’t seem to finalize, the UKGC is ready with the whip, repeatedly distributing fines of $18 million or more. However, the regulator’s activity is now being called into question. The All-Party Parliamentary Betting and Gaming Group (APPBGG) recently launched an investigation to determine if the Commission was actually fulfilling its mission as intended.

Most operators are willing to put up with the constant threat of being fined because the UK offers untold revenue possibilities. Some, like BGO, however, have determined that the rewards don’t outweigh the risks. This has the potential to shrink the legal market, which could ultimately lead to a return of offshore operations that don’t have to worry about the scrutiny.

The short URL of the present article is: https://pokerone.info/da9ch