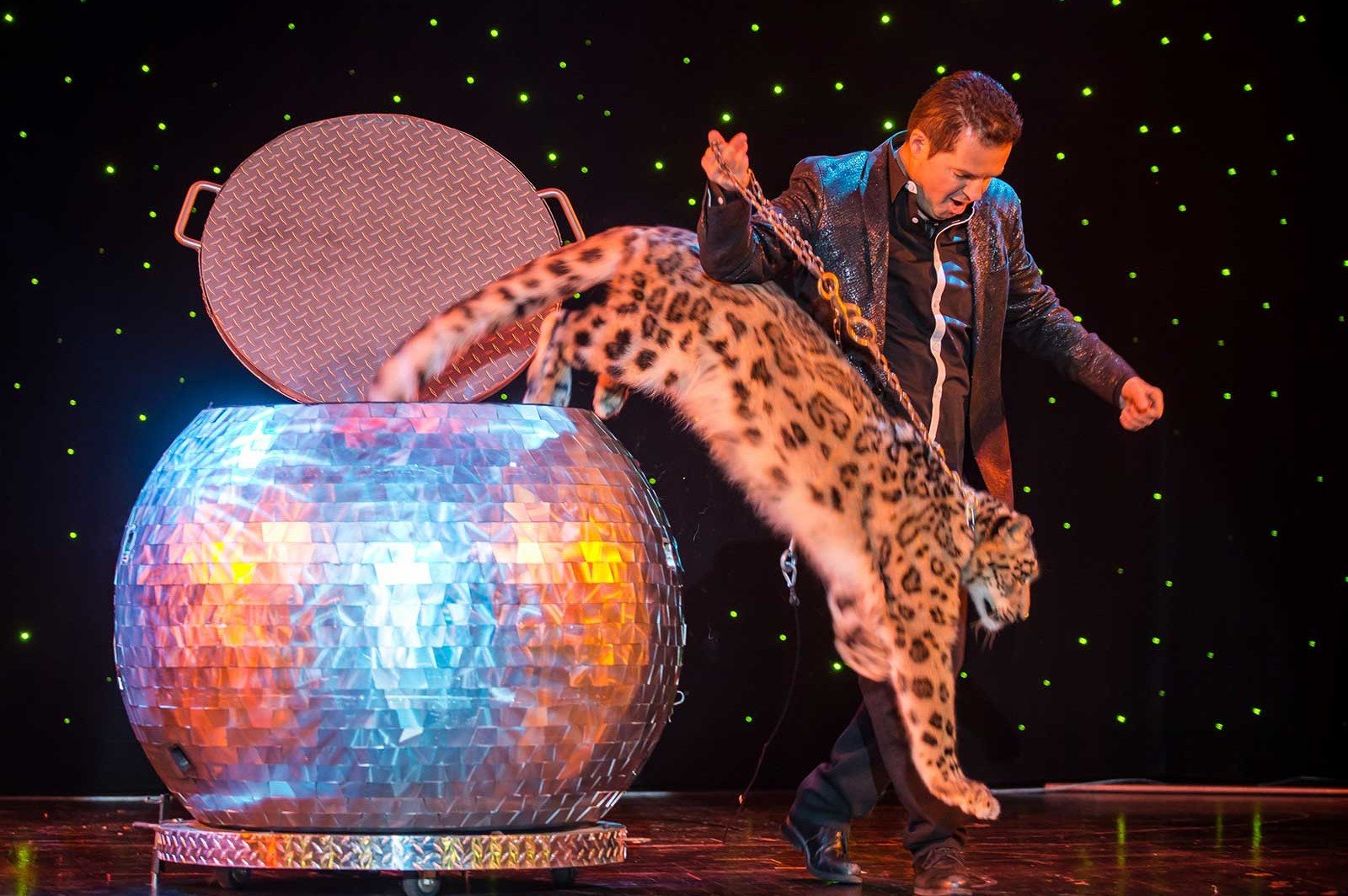 A downtown Las Vegas venue has canceled magician Dirk Arthur’s big-cat show before it ever opened. Ken Henderson, owner of Notoriety Live at Fremont Street’s Neonopolis, told KVVU-TV he received hundreds of protest messages responding to the initial wave of publicity. They convinced him to pull the plug and never consider hiring another animal act again.

“It isn’t something [the animals] can say ‘I like to do this,’ and I think that’s where you’re never going to win the argument,” Henderson said. “I hear a different side of this now, and it makes me look at animals in shows different.”

Not the Kind of Notoriety They Seek

Henderson said his invitation for Arthur to perform at his 245-seat theater still stands, but only sans his animals, which live with him on a ranch outside of Las Vegas. As of Tuesday night, Henderson said, the magician has not responded.

Arthur performed without his big cats during his last run on a Las Vegas stage, a residency at the Westgate for five months in 2017 and 2018. Arthur blamed space limitations at the time, though he had previously performed in smaller showrooms. Animal-rights groups, who actively protested the show, claimed a victory when the cats were removed before that show opened.

“Dirk Arthur’s Wild Magic” debuted in 1997 in “Jubilee” at Bally’s, then jumped to the Silverton, Plaza, Tropicana, O’Sheas, Harrah’s in Reno and Laughlin, and the Riviera a few months before that hotel closed in 2015.

Animal shows have slowly fallen out of favor due to a cultural shift toward animal welfare and conservation. The pace of that cultural shift was hastened in 2003, when Roy Horn was mauled on stage by a white tiger 13 years into the run of Siegfried & Roy’s show at The Mirage, ending the once-popular duo’s career and causing the world to question the morality of working on stage with live wild animals.

In 2017, that same shift closed the Ringling Brothers Bros. and Barnum & Bailey Circus, a staple of children’s entertainment since 1871. (The circus announced plans to return in 2023, without animals.)

Another magician, Jay Owenhouse, has been trying to launch a show featuring three tigers in a five-story tent in Las Vegas since at least 2020. Though a location behind Mandalay Bay was approved by county commissioners, that plan was aborted when the land fell into foreclosure. In January 2022, Owenhouse withdrew a second request, to locate his show behind the Sahara, after he reportedly learned that county staff members were against it.

The short URL of the present article is: https://pokerone.info/9Ycht