Disney, Amazon and Apple in line to buy EA claim rumours Everyone has a price (pic: EA) EA may end up being the next big video game acquisition, although one… Read more »

Preakness Handle Down from 2021; Belmont Unlikely for Early Voting, Epicenter Betting on Saturday’s Preakness Stakes dropped by 5% from a record 2021, according to figures published by Pimlico Race… Read more » 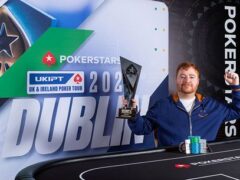