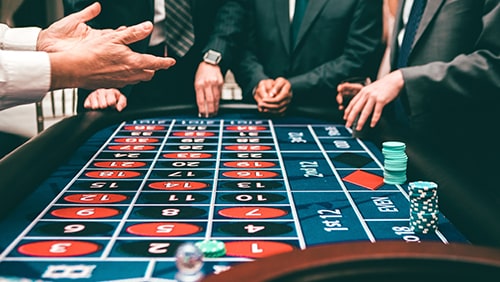 Day 2 of the MILLIONS Online Main Event saw 169 players reduced to just 25 and as the dust settled, Austrian player Daniel Smiljkovic had bagged up the chip lead with 133.6 million, the equivalent of 167 big blinds with which to attack Day 3.

With two days left in the monstrous opening tournament of the 28 that make up the partypoker MILLIONS Online series, Daniel Smiljkovic is closely followed in the chipcounts, followed as he is by Laszlo Molnar from Hungary (127.8 million) and Russia’s Leonid Orman     (69.5 million), although the former is quite clearly closer than the latter.

A little further back in the field, there are two big British names gathering like highly-skilled vultures, though only one of them is actually a lawyer. Will Kassouf fulfils that professional capacity, and the former WSOP “nine-high like a boss” player has 24.6 million with which to battle towards a final table seat.

Having won a $109 satellite to qualify for the tournament in the first place, Kassouf was understandably delighted at the profit he’s already returned on his investment and his chances with the 33 big blinds he’ll carry into play.

Kassouf is not the only high-profile Brit among the remaining 25 players, with Jamie ‘Boz’ O’Connor also present and correct. He has a lot more chips than his compatriot, with 68 million to his name.

Jamie ‘Boz’ O’Connor recently spoke to Ross Gaff in the popular series ‘Dealer’s Choice’. You can check it out right here:

Day 2 saw many players’ tournaments end in an exit, including among them Elio Fox, who had ended Day 1 very near the top of the chipcounts. He departed on Day 2, however, along with Thomas Boivin and Dominik Nitsche who both cashed out for just $,596, a pittance compared to the top prize on offer.

The action will resume on Tuesday night as the 25 players left spend Pancake Day in the United Kingdom hoping to win their ‘flips’ and get nearer the $184,507 top prize.

With 1,127  original entries whittled down to 169 players across the Day 1 flights and another 144 making their way to the virtual rail on Day 2, 25 will be reduced to nine as the final table is reached, which will be played out on Wednesday night.

The short URL of the present article is: https://pokerone.info/B7CW5
YOUR AD HERE