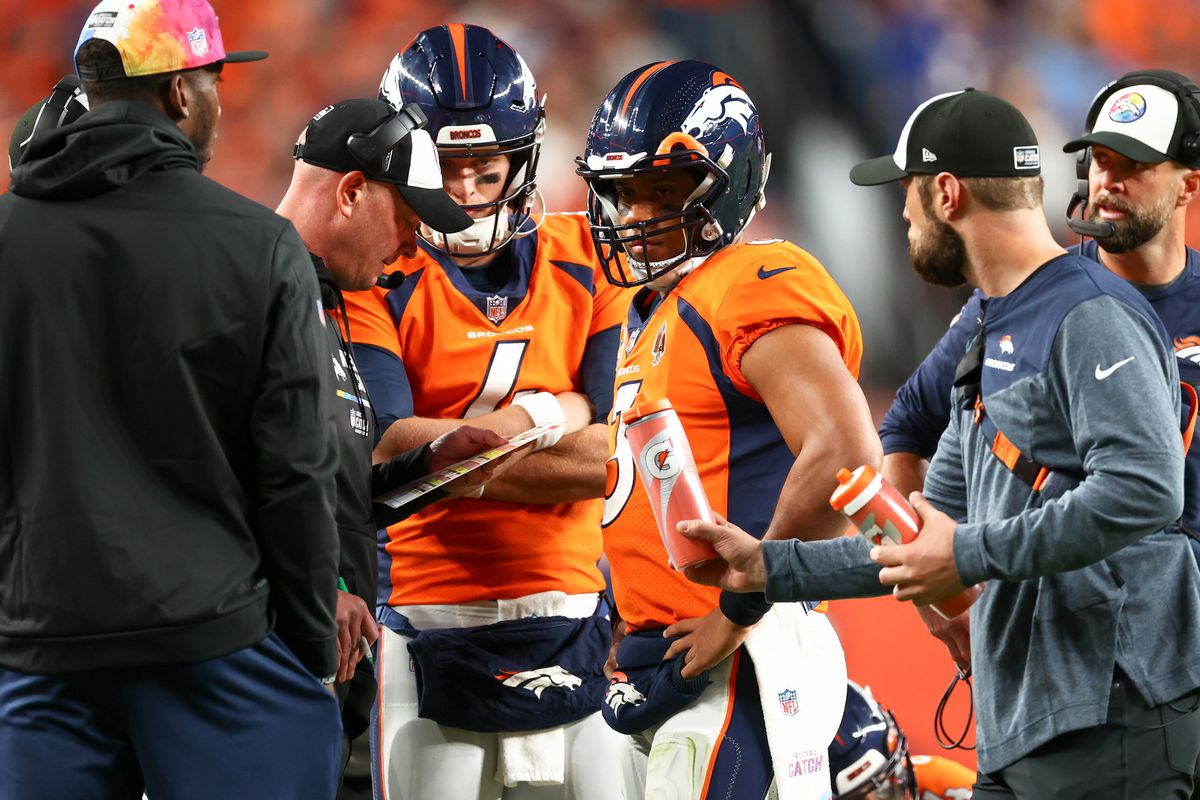 The L.A. Chargers host the Denver Broncos on Monday night in a traditional NFL Monday Night. This will be the first of the games the Chargers will play on Monday Night, and they do so against a team from their own division.

With a 3-2 record on the season, the Chargers will look for victory to tie for the lead with the Kansas City Chiefs. Playing at home, they are 2-1.

There’s little reason to believe they won’t pick up another win here, either. The only question that remains is whether Wilson will begin to earn his paycheck.

Wilson hasn’t been living up to the hype and certainly didn’t put on a show in the team’s 12-9 overtime loss to the Indianapolis Colts last Thursday. In that game, fans started making a run for the doors before time expired, missing the overtime finale. They didn’t miss much.

The Denver Broncos are third place in the AFC West with a 2-3 record. Playing as visitors this season, they have yet to win a game.

QB Justin Herbert has been earning his paycheck, and then some. He has created an offense that now sits in second place in terms of passing, picking up an average of 291 yards per game. He could be interesting to watch in tonight’s matchup.

Broncos In A Transition Year

The Broncos rank 31st in the NFL in scoring, picking up just 15 points per game. They’ve found success reaching the red zone, but miss each time. They’re now last in terms of red zone pushes, converting just 21% into points. On the other side of tonight’s game, the Chargers have pushed into the end zone on 53.4% of their trips to the red zone.

Wilson has been struggling to find his place in the Broncos crew. Against the Colts last week, he completed just two of 15 passes over 10 yards. Another two throws ended up in the hands of the defense. However, it’s not all on him, though, as he’s dealing with a shoulder injury that might be hindering his performance.

Instead, new head coach Nathaniel Hackett receives most of the blame. He seems to be walking on eggshells, either timid to make the big plays or to protect Wilson. Timid doesn’t win ballgames.

The Broncos are 1-4 against the spread (ATS) this season, while the Chargers are a mirror reflection at 4-1. The Chargers have been banged up a bit this season, but they’re starting to get some of their injured players back into the rotation.

For sports bettors, the moneyline is probably a little thinner than it needs to be for this game. Although surprises happen, like the Chicago Bears beating the Tampa Bay Buccaneers, no miracle is expected today. The spread shouldn’t be a problem for the Chargers, either. With almost 60% of the games going to the under this season, the 45.5 total seems like it’s ready to keep the trend going.

The post Denver Broncos Struggle To Find Their Pace Ahead of ‘Monday Night Football’ appeared first on Casino.org.

Source: Denver Broncos Struggle To Find Their Pace Ahead of ‘Monday Night Football’