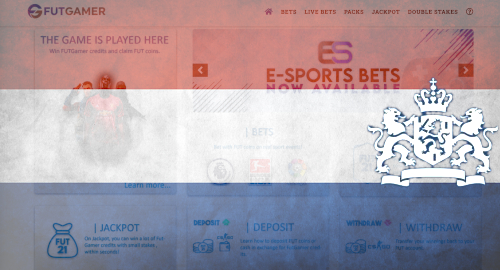 On Friday, the Kansspelautoriteit (KSA) gambling regulatory body announced a €500k penalty on Virtual Coin Gaming NV, the Curacao-based firm behind the Futgalaxy.nl and nl.futgamer.com gambling sites. An unidentified individual connected with the sites was personally penalized an additional €100k.

The KSA noted that the penalty was higher than the usual low-six-figure for “several reasons,” including the fact that the regulator had determined that “minors, or at least young adults,” were among the site’s customers.

Other violations including the standard list of KSA grievances, including offering Dutch-language services, handling payments via the popular Dutch iDEAL processor and employing a .nl domain.

Over the years, the KSA has doled out countless six-figure penalties against Curacao-licensed operators, although collecting these sums has proven a far tougher slog. It remains to be seen whether the new understanding with the Netherlands regarding Curacao-licensed operators’ targeting of Dutch punters might mean for enforcement of these types of regulatory penalties.

The short URL of the present article is: https://pokerone.info/2rBeq
YOUR AD HERE