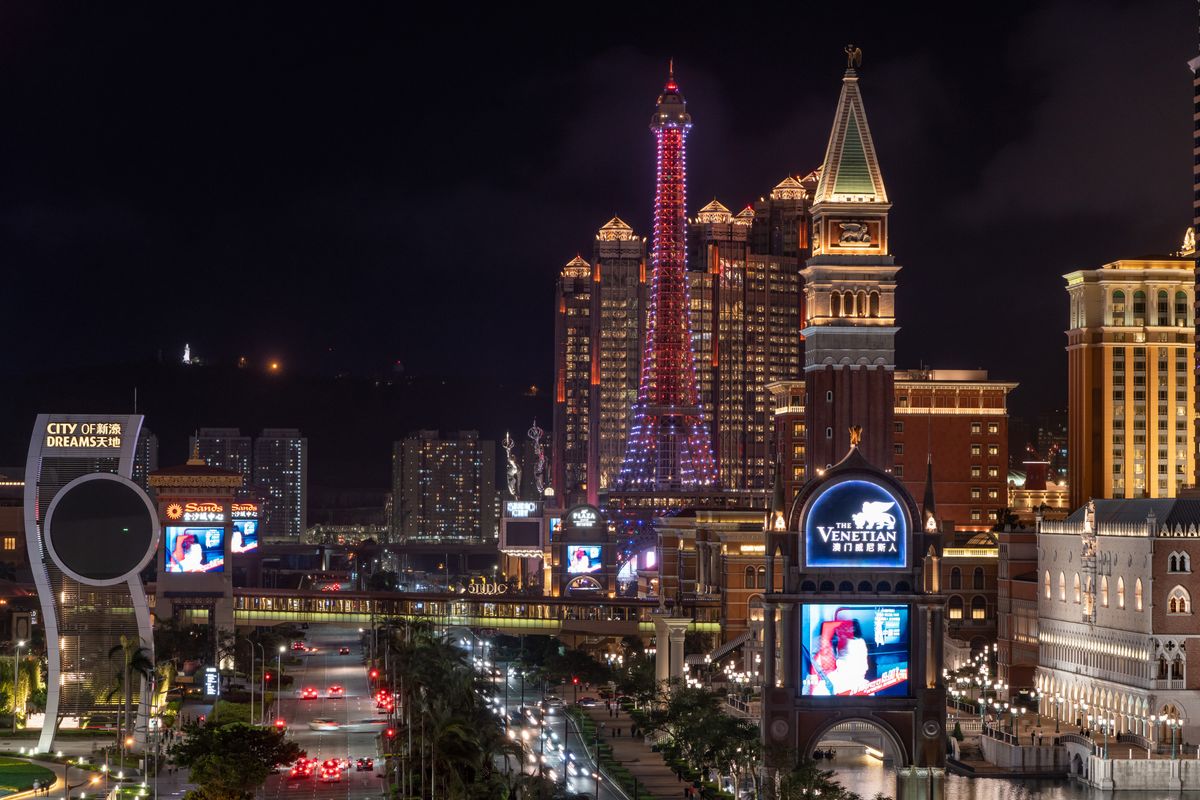 The bad news is that the investment bank sees the combined debt of the six Macau casino operators potentially swelling to $25 billion by the end of this year — up from a prior forecast of $23 billion issued just two months ago. It’s possible that figure could stretch to $27 billion if travel restrictions remain in place well into the back half of 2022. The good news is that Morgan Stanley expects all six will survive.

While $27 billion — for now, Morgan Stanley’s worst-case scenario — spread across six companies may not be alarming to some investors, it’s well in excess of Las Vegas Sands’ (NYSE:LVS) current market capitalization of $23.53 billion. Sands is the largest Macau operator.

LVS is among the more financially sturdy, and has access to additional liquidity if needed. Another bright spot specific to that company is Morgan Stanley highlighting Genting Singapore as possessing a stronger cash position than Macau rivals and Bloomberry Resorts in the Philippines. That’s pertinent to LVS, because beyond its five Macau integrated resorts, its only other venue is Marina Bay Sands in Singapore.

In March, Morgan Stanley noted that Galaxy Entertainment was the only one of the six Macau concessionaires currently positive on the basis of free cash flow to equity (FCFE).

In its most recent update, the bank says the need to borrow additional capital over the near-term is dwindling for both Galaxy and Wynn Macau, with each possessing enough cash to survive at least three years at current burn rates.

That’s a welcome sign for Wynn Resorts (NASDAQ:WYNN) investors, because the stock is sagging almost entirely due to weakness in Macau. That’s while there’s clear momentum for the operator at its Las Vegas and Boston venues.

Recently, some Wynn executives and board members, led by CEO Craig Billings, opted to take reduced cash salary for the remainder of 2022. That’s in exchange for equity, signaling confidence in the stock.

Among the six Macau concessionaires, analysts universally view SJM Holdings as the biggest concern from a liquidity perspective.

Previous estimates indicated the Grand Lisboa operator may only be able to survive a matter of months. But if creditors approve a $726 million refinancing plan, that could add 20 months to SJM’s lifespan, according to Morgan Stanley.

In addition to still-restricted travel to Macau, SJM is further crimped by the shuttering of several satellite casinos. Plus, Fitch Ratings recently lowered its credit rating on SJM to “BB” from “BB+,” meaning that if the gaming company opts to issue debt to shore up its cash position, it will have to pay higher interest rates to investors.

Based on first-quarter burn rates, Morgan Stanley forecasts that, excluding SJM, Macau concessionaires each have the resources to survive at least two years.

The short URL of the present article is: https://pokerone.info/bXpcQ