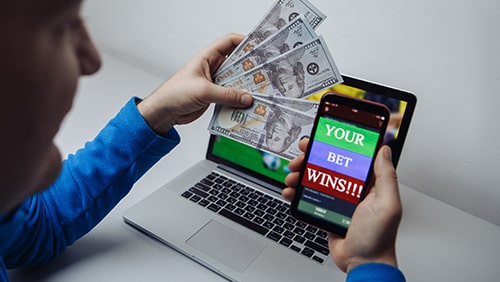 Nevada and New Jersey provide two very different stories of how the Super Bowl went this year. One state reported their first drop in volume in several years, while the other more than doubled its volume, and the difference could have been having an online option.

“If there was no COVID, we would’ve broke the all-time record,” William Hill sportsbook director Nick Bogdanovich told the Las Vegas Review-Journal. “People love coming to the Super Bowl parties here in Nevada. COVID knocked it out. It’s that simple.”

“In Nevada, Super Bowl handle is driven by visitation, and Las Vegas, along with other areas across the state, are destination markets for customers to come and wager on the game,” he said. “Overall, considering the factors that Nevada sportsbooks were facing, these figures represent the fifth-highest total all time for Super Bowl betting volumes since Nevada began recording these figures in 1991. That being said, the board is very pleased with these results.”

Although one could theorize that Nevada was also hurt by increased competition, as legal sports betting spreads through the country, Bogdanovich disagreed. “It was all COVID-related,” he said. “It had nothing to do with the spread.”

The $136 million in volume beat New Jersey’s $117.4 million and Pennsylvania’s $53.6 million, but the difference is those two states saw impressive gains. New Jersey improved their volume by 116%, while PA was up 74%. In New Jersey’s case, they built that volume with 12 retail sports books, far less than Nevada’s 184, but also with 21 mobile apps.

NJ has the same types of casino and travel headaches facing Nevada, although they do have a lot more people within driving distance. But whereas Nevada is making excuses, New Jersey is celebrating, and online options had to be the difference:

The short URL of the present article is: https://pokerone.info/kf6KD
YOUR AD HERE