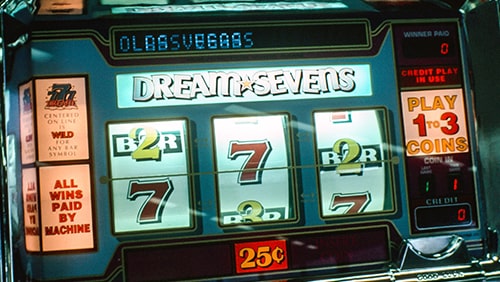 Online casino sites need to stay on top of the hottest slot offerings to keep up with the competition. We’ve got the newest slots released in the past week, so you can check them out and decide if you want them on your site.

Don’t miss out on all of the latest announcements. Our Press Release section is updated constantly. We also roundup the latest slot game releases for you every Wednesday.

Gift yourself a chance to win with Cupid!

Endorphina is delighted to introduce you to the one and only Cupid. He is an ordinary guy, living his ordinary life. But just once a year, everything changes and he becomes famous with his arrows of love. Do you want to fall in love this February with this new game?

On Saint Valentine’s Day, Cupid has an important task: he brings true love to the people who need it. No one should ever know about his secret mission. Hiding and seeking and shooting arrow after arrow, he grants all men and women the most unique chance of big wins! Although, not everyone can keep their love wins over the months or years. So next February 14th, Cupid comes back with more hope for broken hearts to give them all another chance at love and happiness.

Swintt, the Malta-based game provider, are celebrating the recent launch of their games on Hero Gaming’s brands with an exclusive game release, Egypt King. Players across Hero Gaming brands such as CasinoHeroes and Boom Casino are able to play Swintt’s portfolio of specialist games popular in Central European land-based markets, including Germany.

Swintt’s next game release, Egypt King, is available exclusively to players on Hero Gaming brands until February 18th and was a smash-hit in the land-based sector due to its collection feature to trigger extra bonus rounds.

Aside from other land-based classics like Master of Books and Seven Seven, Hero Gaming players will be able to enjoy some of Swintt’s own in-house games over the coming weeks including the evergreen Golden Buffalo and Wild 777.

iSoftBet, the award-winning online games supplier and content aggregator, has ridden into town with its latest Wild West adventure, Bounty Belles. The five-reel, 243 payline slot follows the journey of iSoftBet’s three glamorous but deadly outlaws as they look to collect the lucrative wanted contracts on their heads.

On any spin, the Bounty Boost can be triggered with a wild bounty spin, expanding reels 3,4 and 5 to add extra ways-to-win, going all the way up to 1,125 paylines.

Three or more special bonus symbols trigger the feature-packed free spins, where players can enjoy expanding reels, Wild Bounty and Deadman’s Draw multipliers. The Deadman’s Draw sees cards dealt randomly, before they are shot and removed until only one remains, with that multiplier being added to the next win.

The Wild Bounty is triggered when wilds land on reels 1 and 2, with the feature awarding any further bounty symbols that land on consecutive reels with a cash amount, which can be collected by players instantly.

Inspired Entertainment is pleased to announce the launch of Temple of Light, a traditional adventure-themed, five-reel slot game, available online and on mobile.

Revelling in mystery and ancient quests, Temple of Light features 20-lines paying left-to-right. Set to illuminate players with its vibrant graphics and immersive soundtrack, Temple of Light creates the perfect atmosphere for a quest-filled adventure of bonuses and big wins.

The base game features two ancient statues, one of which can become active at random on any spin. The left statue creates Multiplier Wilds while the right statue creates Expanding Wilds, each of which light up when active, adding an extra layer of visual excitement to the gameplay. Three bonus symbols trigger the bonus round, where the player can choose a bonus to suit them, 12 standard free spins or 3-6 super spins – the choice is theirs.

Pragmatic Play Delivers a Sandy Surprise in Eye of the Storm

Pragmatic Play, a leading content provider to the gaming industry, takes players on another epic journey through ancient Egypt in its latest release, Eye of the Storm.

Another title in Pragmatic Play’s partnership with Reel Kingdom, the authentic setting and dramatic soundtrack immerses players in their adventure. The 3×5, highly volatile slot sees players searching for the Queen’s treasure among the mysterious temples as a dangerous storm looms upon the reels.

The gameplay features the use of ancient artefacts on the reel symbols, with the Eye of Ra symbol being the most rewarding, paying 10, 20 or 50 times the player’s stake for three, four or five in combination. Eye of the Storm comes with an Expanding Wilds feature which, when the Cleopatra wild lands and could lead to a win, will be activated to give you a fully wild reel.

Free Spins are triggered by landing three or more pyramid scatter symbols anywhere on the reels, and with an unlimited retrigger feature, the luckiest players will benefit from free spins. Eye of the Storm arrives hot on the heels of recent hits Madame Destiny Megaways, Congo Cash and Emerald King Rainbow Road, bolstering Pragmatic Play’s impressive slot portfolio that has been developed for players of all skill levels.
The post New Slots Announcements – February 10, 2021 appeared first on CalvinAyre.com.
Source: New Slots Announcements – February 10, 2021

The short URL of the present article is: https://pokerone.info/JyGyL
YOUR AD HERE