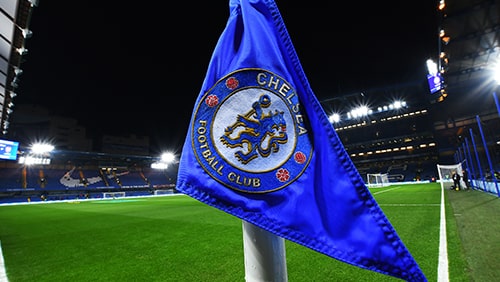 A huge weekend in the English Premier League saw champions Liverpool lose their fourth game in a row at Anfield, a run that hadn’t happened for 98 years.

In other games, Chelsea failed to beat Southampton, while Leeds claimed they were ‘robbed’ after a late Patrick Bamford ‘equaliser’ was ruled out at Molineux, allowing hosts Wolves to leapfrog their rivals in the table.

On Sunday, West Ham got the better of Tottenham in an all-action London derby, while Leicester City were kings of the Midlands as they beat Aston Villa.

Let’s begin our detailed round-up at a shell-shocked Anfield, where Liverpool suffered both a damaging loss and injury to compound their misery on Saturday night.

Liverpool manager Jurgen Klopp must be wondering what will go wrong next, with captain Jordan Henderson suffering a muscle injury to add to an already busy treatment room at Melwood, Liverpool’s training ground.

With Virgil van Djik still out with a long-term injury, Joel Matip having gone the same way recently and Alisson also having missed spells during the season, it would be easy to put the collapse from runaway Premier League champions to 6th-placed also-rans down to that problem alone. But that would be wrong, and there is so much more that is going wrong right now for the red half of Merseyside.

For the blue half, it was a first league win at Anfield this Millennium, as goals from Richarlison and Sigurdsson sealed a deservedly comfortable victory.

Everton will be pushing their cross-city neighbours as hard as they can for a Champions League place although, publicly at least, Carlo Ancelotti is talking only of The Toffees qualifying for the Europa League.

Liverpool look like they have more issues to correct in order to make any kind of European competition in 2021/22 as the former champions’ crown hasn’t just slipped off their head, but plummeted to the floor and smashed into a thousand pieces.

It was a London derby to remember at the London Stadium as West Ham condemned Spurs to their fifth defeat in six games.

The game was going badly almost from the first whistle, as Michail Antonio scored in the opening five minutes to put The Hammers ahead. That wasn’t the end of the scoring, but it was the most important goal of the game as it allowed David Moyes’ side to hurt Spurs on the counter attack.

Spurs had to come out and go for an equaliser in the second half, and brought on Gareth Bale to do exactly that, but again an early goal cost them dear. Eric Dier switched off for the second time, proving yet again why he will always be a midfielder and not a defender, allowing Jesse Lingard to dance through the Tottenham backline and smash a neat left-footed shot past a helpless Hugo Lloris.

Mourinho needed his side to act, and even brought on Dele Alli to help that happen. Eventually, that extra attacking impetus had the desired effect, with Kane, Son, Bale, Alli and Lucas Moura yielding a goal, the Brazilian link-up player Moura nodding in from a Bale corner.

Spurs huffed and puffed in their efforts to find an equaliser but couldn’t get past a stunning defensive display from Declan Rice and The Hammers held on to move nine points clear of their London rivals and just a point behind Manchester United and Leicester on the final whistle.

An entertaining game at Villa Park went the way of the visitors as Aston Villa were left without Jack Grealish for the visit of their Midlands rivals Leicester City.

It was The Foxes who came into the game with some impetus, and they led early after Harvey Barnes played the ball to James Maddison and the former Norwich City playmaker slotted past Emi Martinez from the edge of the penalty area in front of the watching England manager Gareth Southgate.

Leicester doubled their lead just a few minutes later when Harvey Barnes, possibly Leicester’s most improved player in the past 12 months, turned goalscorer. Jamie Vardy’s shot was only parried by Martinez and Barnes slotted home for 2-0 at the break.

The second half was only four minutes old when Aston Villa found a way back into the game, as Bertrand Traore capitalized on weak defending to nod in before keeper Kasper Schmeichel could reach the ball and the home side had a chance to build momentum.

While Villa pushed for an equaliser, Leicester hung no for three vital points and if anything looked the more dangerous side. You can watch highlights from the game at Villa Park right here:

The short URL of the present article is: https://pokerone.info/Kmf6A
YOUR AD HERE