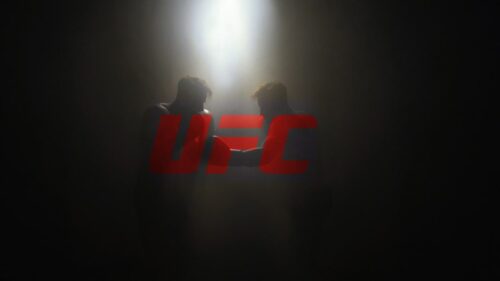 Now that the NFL season is officially finished, the UFC will help to fill the sports betting void on most weekends and there’s a terrific card at UFC 258 on Saturday night from the organization’s APEX facility in Las Vegas headlined by a welterweight title fight between champion Kamara Usman and Gilbert Burns. The main card begins at 10 p.m. ET on pay-per-view, meaning this bout should start around midnight.

The 33-year-old Usman (17-1) was born in Nigeria but his family moved to the United States when he was eight years old and Usman now fights out of Florida. The UFC ranks him as the No. 5 pound-for-pound fighter but there are more than a few MMA fans who think Usman, a former collegiate wrestling All-American, should be No. 1.

“The Nigerian Nightmare” lost his second professional fight to Jose Caceres in May 2013 by first-round submission in the Championship Fighting Alliance but hasn’t lost since. Usman won the welterweight belt at UFC 235 with a unanimous decision over Tyron Woodley, who was around a -215 betting favorite.

Usman was priced in that range in his first title defense and beat Colby Covington by fifth-round TKO at UFC 259 in December 2019. Title defense No. 3 was supposed to be against Burns last July at UFC 251, but Burns withdrew about a week beforehand after testing positive for COVID-19. Burns was replaced by Jorge Masvidal and Usman beat him by unanimous decision even though Usman was fighting with a broken nose suffered in training. He was immediately placed on a six-month medical suspension after the bout.

Five straight Usman bouts have gone to the fifth round and nine of his victories overall are by the judges, with seven by KO/TKO and one by submission. He is a -275 favorite Saturday.

The 34-year-old Burns, from Brazil, is 19-3 and ranked as the No. 2 welterweight behind Covington. “Durinho” brings a six-fight winning streak into the Octagon. He was a +140 underdog last time out against Woodley in May but won by unanimous decision. This will be Burns’ first title shot. He wins the majority of the time by submission (42 percent) with two of three losses via decision. Burns is priced at +215.

Also on the card is a middleweight bout between Kelvin Gastelum and Ian Heinisch, both Americans. Gastelum (16-6) fought for the interim middleweight belt against current champion Israel Adesanya at UFC 235 and lost by unanimous decision. The 29-year-old Gastelum, ranked No. 9 in the division, has lost two more fights since. The 32-year-old Heinisch (14-3) is ranked No. 15 and this will be his most accomplished opponent to date. Gastelum is -230 and Heinisch +180.
The post UFC 258 odds: Usman set to battle Burns appeared first on CalvinAyre.com.
Source: UFC 258 odds: Usman set to battle Burns

The short URL of the present article is: https://pokerone.info/QDnsp
YOUR AD HERE