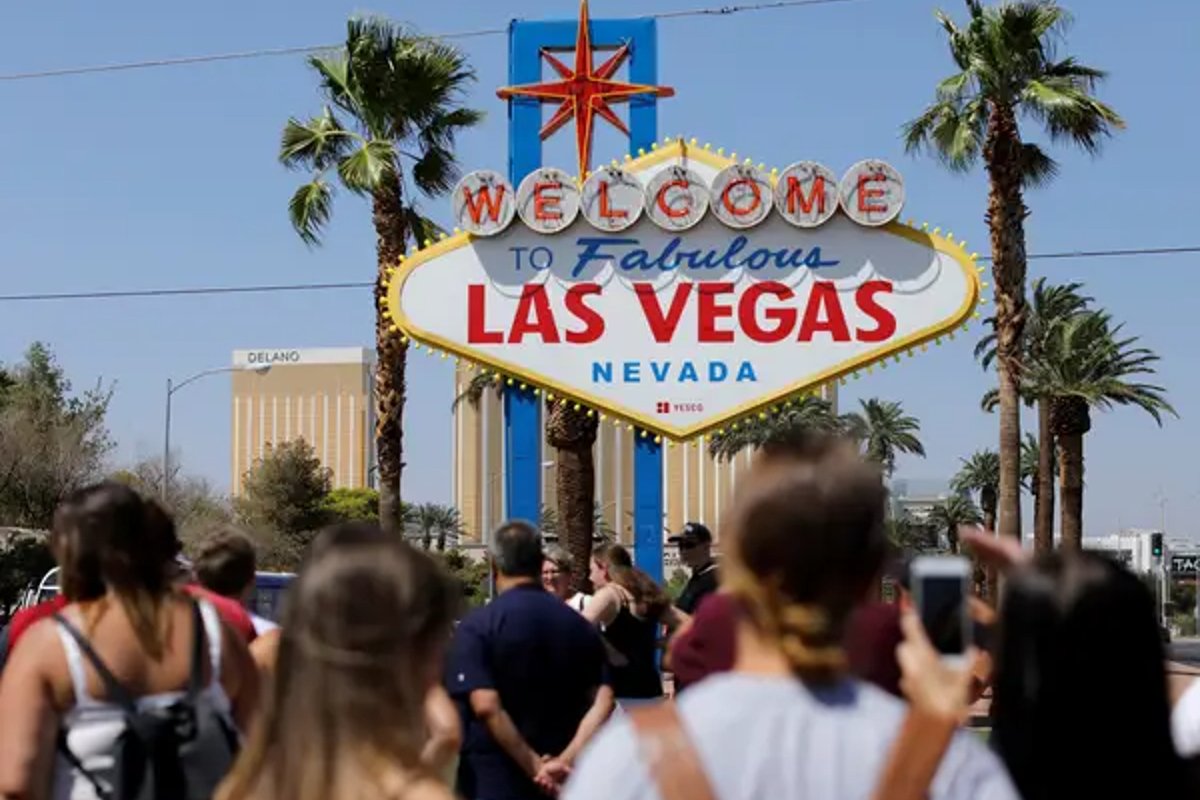 Are you ready for a Las Vegas Strip that’s twice its current size? According to some Las Vegas experts, it’s in the cards.

The Strip has measured 4.2 miles long since the “Welcome to Fabulous Las Vegas” sign went up near the old airport entrance in 1959. It still stretches from from Sahara Avenue at the north end to Russell Road at the south, though the hotels along the way are all different. Over the next decade, though, the iconic sign may need relocating 4.2 more miles south.

L.A.-based developers the Oak View Group are building a $3 billion NBA-ready arena and entertainment district with 20,000 seats and 2,000-room casino hotel in the former sticks at Blue Diamond Road.  Scheduled to begin construction in 2023 and open in 2026, it will occupy 25 acres near the intersection of I-15 and I-215 and adjacent to the Las Vegas terminal for the planned Brightline high-speed rail between L.A. and Las Vegas.

With the possibility of another sports stadium at Sahara Avenue, that could translate into an 8-mile Strip capped on both ends by sports stadiums. (Executives with the Oakland A’s have been negotiating with Phil Ruffin, owner of Circus Circus, about building their next home on the 37-acre Las Vegas Festival Grounds. However, that’s far from a sure thing, since they’re also negotiating for a $1 billion stadium within a $12 billion mixed-use development on the Oakland waterfront.)

Whatever happens on its already-developed north end, the Strip officially began its southward migration on Sept. 13, 2021, the day the Raiders played their first game with fans in attendance at Allegiant Stadium. On that day, the team’s $1.9 billion, 65,000-seat new home behind Mandalay Bay instantly transformed the Strip’s southern tip into its brand new sports hub.

So it hardly seems coincidental that, in July 2022, ground broke on the $550 million Dream Las Vegas Hotel & Casino south of Russell Road. (The 531-room resort is expected to open in 2024.) Or that Station Casinos, in the same month, paid $172.4 million for 126 acres of land to build a new casino resort on the southwest corner of Las Vegas Boulevard and Cactus Avenue.

“South of the Las Vegas Strip represents one of the few areas of potential future growth of the gaming and entertainment corridor,” said Tim Leiweke, CEO of the Oak View Group, in a press release.

Alan Feldman, former executive with MGM Resorts International, recently told the Las Vegas Review-Journal  that it’s possible the Strip could eventually triple  in size, extending south all the way to the M Resort at Las Vegas Boulevard South and St. Rose Parkway— though further development could be curtailed by forces other than market.

“At some point, water is going to be a limiting factor,” Feldman told the newspaper. “It almost already is.”

The short URL of the present article is: https://pokerone.info/ystCp