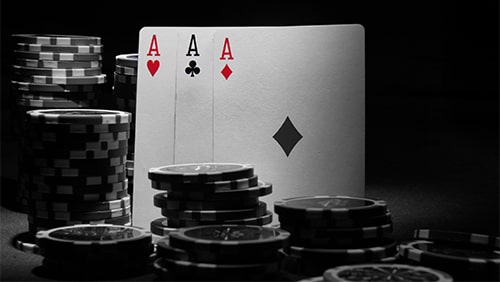 In the drama of a presidential election, perhaps the conversion of a casino property on the East Coast isn’t headline news, but this week, Donald Trump’s former flagship Atlantic City casino, Trump Plaza, was reduced to rubble after being demolished.

Atlantic City is home to some of the world’s best casinos, with gambling houses such as the Borgata ever-popular with poker players and gamblers alike. The Trump Plaza is just one of several casino properties that have not exactly flourished under the former U.S. President’s care and on Wednesday, it was time for a controlled demolition as Trump Plaza Atlantic City was levelled to a ground floor property only.

The Trump Plaza had an interesting history in Atlantic City, having been bought from Trump in 2016 – the year he came into office at the White House. Having gone into bankruptcy as company, Donald Trump sold the Plaza to billionaire Carl Icahn, just one of a number of Trump Resorts businesses that were sold to the same buyer.

Atlantic City does owe this purchasing agreement a little debt, with the former Taj Mahal, part of Trump Entertainment Resorts (TER) also becoming an Icahn property, a building eventually renovated into a Hard Rock Casino which still stand to this day and is performing better than it was pre-2016.

Trump Plaza opened in 1984, a few years before Donald Trump appeared in Home Alone 2 and 32 years before his ascension to President. The building was closed after only 30 years, however, with a reputation as one of the worst, if not the worst casino in Atlantic City.

Even the demolition didn’t go to plan with the initial idea pre-COVID being to auction off the rights to the controlled implosion for charity.

Instead, the Trump Plaza was razed to the ground meekly in midweek and Icahn will donate $175,000 to the Boys & Girls Club charity instead.

Want to watch the Trump Plaza go right the way down to its bare materials right here? Of course you do, we know that’s why you came.

Here’s the implosion as it happened in all its glory. Trump fans, and general skyline fanatics, look away now.

The short URL of the present article is: https://pokerone.info/BtM2Z
YOUR AD HERE