Why Charlie Carrel’s online challenge is an epiphany 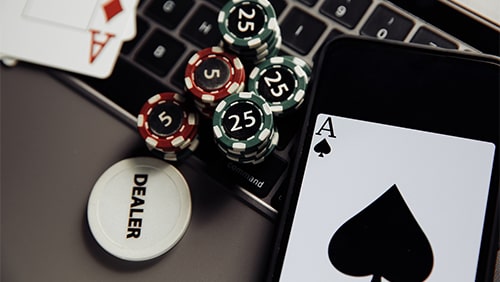 Many YouTube series featuring poker players are the same. They feature a challenge where the poker player begins with a nominal amount to put down, say, $50 and they propose to turn it into a five-figure bankroll, like $10,000.

That’s exactly the premise of the latest Charlie Carrel video series on YouTube, so why is watching Charlie Carrel so different to watching any other player, both online or live?

For a long time, Charlie Carrel existed in a world of poker players I personally had no knowledge of – the high roller set. It had only passed me by due to pure chance really; at the start of my poker reporting career, I was rightly tested out in some smaller events that had less eyes on. In fact, sometimes, just my eyes. But that’s the right way for it to be and sooner rather than later, I found myself in Prague in the presence of Charlie and his good friend Ben Heath.

Together, Carrel and Heath socialized on breaks, studied poker hard together and often swapped action, so it made sense to watch what they were both doing. Both were young, precocious and at a level of poker so far above players their own age that it struck me as fairly unique, and certainly in terms of British players.

The old image of a British poker player was someone of thick skin, dubious personal history and an air of both mystique and musk.

That was not the case with Carrel and Heath, who were quite literally a breath of fresh air. Attacking the high roller scene at the table, off the table they each spoke about a variety of fascinating topics, such as Artificial Intelligence; when would it come along, how much of our lives would it permeate, would it become a permanent fixture in human society?

Carrel brings this ability to freshen up any conversation to the YouTube series on his popular channel (he has 47,000 subscribers) and while the premise of running up a bankroll isn’t novel in and of itself, Carrel’s approach to it is. Having in the last few years developed into a man with a refreshingly open outlook on life, Charlie Carrel is a fascinating person to listen to as well as watch playing poker.

There feels like no doubt that he’ll be successful in turning $50 into $10,000 – it’s purely a case of how long this task will take him. But, like many things in life, it is the journey that proves to be more enjoyable than reaching the destination. The pleasure in watching Charlie Carrel talk about poker and life is the novelty and enjoyment of the quest itself, not the result.

You can watch the latest episode of Charlie Carrel’s quest to turn $50 into $10,000 below, and we’d highly recommend it.

The short URL of the present article is: https://pokerone.info/Rqvrm
YOUR AD HERE