Macau Operator EBITDA Could Return to 2019 Levels in Late 2021 It’s possible that Macau’s gaming industry returns to profitability metrics seen prior to the coronavirus pandemic earlier than expected,… Read more » 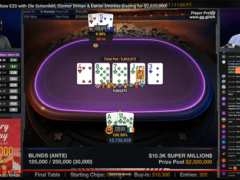