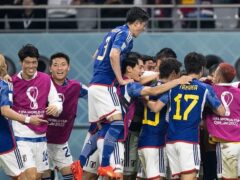 FIFA World Cup: Japan Hopes to Show Off Against Croatia This World Cup in Qatar has brought a lot of surprises with it, and not just on the field. As… Read more »

Elden Ring should not get a pass for its terrible story – Reader’s Feature Elden Ring – its story is certainly not straightforward (pic: Bandai Namco) A reader complains that… Read more »